In Conversation with Paul Hawken: Solving the Climate Crisis in One Generation

Join us live online for an engaging discussion with noted environmentalist, entrepreneur and author Paul Hawken, creator of Project DRAWDOWN. Paul is joining three Canadian environmentalists on the virtual stage to talk about his new book Regeneration: Ending the climate crisis in one generation. 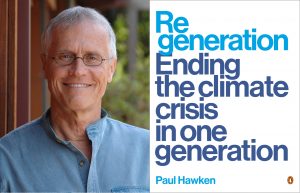 Part of the ReSurge Film Festival

This event is the closing session of ReSurge: Canadian Film Festivals for a Liveable Climate — a high-impact gathering of film festivals celebrating the 10th anniversary of the WaterDocs Film Festival.

GET YOUR TICKET NOW MAKE A DONATION

Note — ticketing and donations are separate.

Donations are highly appreciated, but voluntary. Receipts will be used to offset production costs, with any surplus split between the partners. It will enable us to keep creating high quality events to promote climate action!

Drawdown Alberta is excited to present an evening with Paul Hawken in partnership with Drawdown Toronto, Drawdown BC and Water Docs, as the closing event of the Resurge Film Festival.

Paul is joining us to talk about his latest book Regeneration: Ending the Climate Crisis in one Generation, and will be engaged in conversation with three important and exciting Canadian environmental voices: Allie Rougeot, Bryanna Brown and Melanie Hoffman, who each bring unique experiences and perspectives.

Read their profiles below.

Regeneration has two meanings. It refers to regenerating life on earth. And it refers to a new generation of humanity coming together to reverse global warming.

This event is the result of cooperation between Drawdown movements in Alberta, British Columbia and Ontario. We want to build connections and break out of separation to ensure a world that is healthy for the children of all species for generations to come. As Drawdown movements, we recognize the importance of local, community-based action to realize national climate goals.

In addition, we rely on a solid, local partner — Ecologos, behind the WaterDocs film festival and the Resurge Film Festival, which this event is part of. Ecologos, is a 23-year registered environmental charity protecting water and a liveable climate, and is a longtime collaborating partner of Drawdown Toronto. Water Docs/Ecologos programs focus on our vital connection to water and its centrality to climate. We work to evoke a spirit of reverence for water, inform about threats that imperil water, and inspire citizen action to protect water and its many effects on climate change. 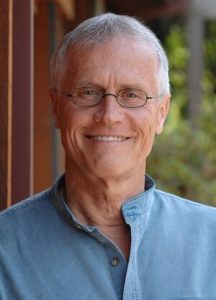 Paul Hawken starts ecological businesses, writes about nature and commerce, and consults with heads of state and CEOs on climatic, economic and ecological regeneration. He is the founder of Regeneration.org and in September 2021 published his latest work, Regeneration: Ending the climate crisis in one generation. His previous book, Drawdown, The Most Comprehensive Plan Ever Proposed to Reverse Global Warming debuted in 2017 as a New York Times bestseller and is currently in 18 languages. He founded Project Drawdown, which worked with over two hundred scholars, students, scientists, researchers, and activists to map, measure, and model the one hundred most substantive solutions that can cumulatively reverse global warming. He is published in 30 languages and his books are available in over 90 countries. 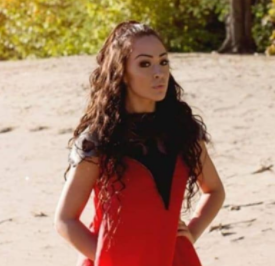 Bryanna Brown is Inuk and Mi’kmaq from Nunatsiavut, Labrador. She came up with the idea of “Land Back” to advocate for sovereignty for Indigenous peoples, as well as Black, Indigenous, and People of Colour (BIPOC) communities, highlighting land ownership for environmental protection and self-determination. She is on Indigenous Climate Action’s National Steering Committee and Climate Policy Advisory Council. She advocates for the rights of women, Indigenous Peoples, environmental injustice in relation to Missing and Murdered Indigenous Women and Girls (MMIWG), persons with disabilities, mental health, Indigenous food security, and anti-human trafficking. Bryanna is a traditional story teller and knowledge keeper, using her own experience of being personally displaced by environmental racism and natural resource extraction and its relationship to the exploitation of Indigenous women. 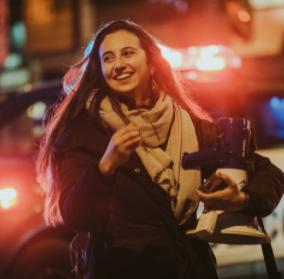 Aliénor’s interest for human and environmental rights started during her childhood in the South of France, where she became vocal on topics of biodiversity loss, women’s rights, refugee rights and climate change. These interests led her to the intersectional topic of climate justice, but it was only when she moved to Canada at the age of 17 that she truly understood the need for broad and collective mobilization for climate action. This led her to co-founding and coordinating Fridays for Future Toronto while completing a degree in Economics and Public Policy at the University of Toronto. Graduating in 2021, Allie is now working as Climate and Energy Program Manager at Environmental Defence, a leading Canadian environmental advocacy organization, working with government, industry and individuals to defend clean water, a safe climate and healthy communities. 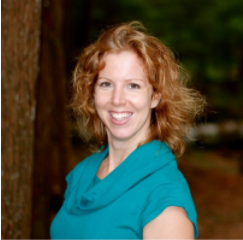 Melanie Hoffman (she/her) is a community-focused leader in education and science communication.She is Lead Mentor for Alberta with the Climate Reality Project Canada, and collaboratively kickstarted the Drawdown Alberta movement focused on reconciliation and community climate solutions. She is the Program Manager for Capital Region EcoSchools. A Ph.D. chemist, she taught at two innovative liberal arts universities before directing community climate solutions education projects with Edmonton’s King’s Centre for Visualization in Science. Born and raised in the German Rhineland in a tight-knit community, Melanie loves a good laugh, and values her neighbours and the land, respect for what is local, and curiosity for what lies beyond.