What are Distributed Solar Photovoltaics?

In a distributed solar photovoltaic (PV) system, sunlight falling on a solar cell produces electricity as a result of the phenomenon of the photoelectric effect. [1] 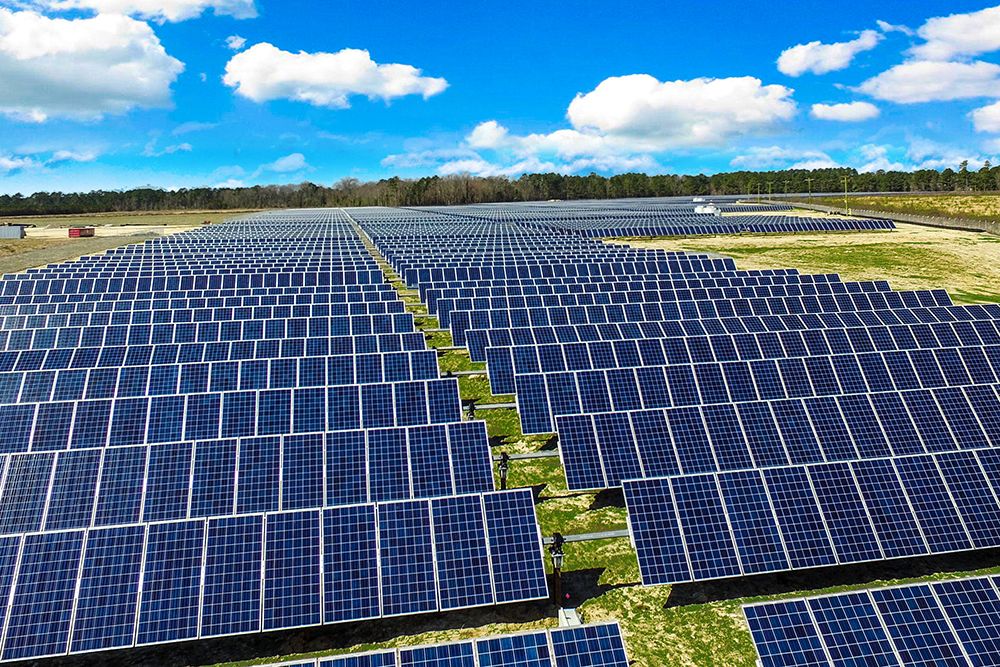 PV systems are typically sited on rooftops, including both residential solar PV and community-scale solar PV systems with under 1 megawatt of capacity.

Small scale electricity utility customers should be encouraged to install solar PV generation on their homes and businesses. This will bring benefits both for individuals and for the community at large.

Individuals with substantial generating capacity will have their power costs fixed, with perhaps a modest income. Most importantly, they will feel a sense of accomplishment from making a substantial personal commitment to reducing greenhouse gases.

The community will have a more diverse and therefore more stable power grid. The personal action will be a visible reminder for others that individuals can make a difference. Hopefully, others who are inspired by these pioneers will take actions of their own.

Although small-scale installations lose some efficiencies due to their small size, they are more competitive in other areas. No land purchase or lease is needed, because the proponent already owns the land. Virtually no transmission losses will occur.

Utility companies will benefit by having new generation capacity installed at no cost to them. Their commitment to meeting Alberta’s electrical needs will be met with not additional investment.

The situation in Australia can be a very inspiring example of what is possible. That country has had a solar boom because state governments gave financial incentives.

South Australia has created a “rooftop solar miracle”. They were the first jurisdiction in the world [2] to achieve zero electricity demand because solar provided all the generation to meet demand.

An Alberta advantage is our high solar resource – lots of sun over the course of the year. Medicine Hat, in the southeast, has the most days with sunshine of any city in Canada.

The Alberta Micro Generation Regulation provides minor financial returns for people who do this, but the returns are not sufficient to encourage substantial participation. [3]

In Alberta, another type of distributed energy is enabled under Small Scale Generation Regulation (SSRG). Projects are not limited to 1 MW but must be on the distribution grid and able to be accommodated by the grid. There is a subset of SSGR called Community Generation and this type of energy changes not only the size and distribution of systems but the ownership and purpose. Community Generation must include negotiated community benefit agreements.

On the other hand, installing grid-connected PV requires substantial technical knowledge and skill and is not possible for homeowners. Some contractors are available with the qualifications to do these tasks, although this is not as simple as buying a new furnace, for example. Homes are small, and exist in a dynamic locale where neighbouring buildings may change and trees grow.

Commercial sites may offer some economies of scale, and are already managed by people used to administering contracts. The larger size of some commercial properties means less uncertainty with respect to shading or other neighbouring issues.

Other attractive commercial sites include the roofs of malls, schools, recreation centres, warehouses and other large buildings.

Many rural areas have very low power demand per unit area, and often have under-used land available. Installation at some of these sites could make meaningful improvement to the dependability of the grid. Examples include agricultural buildings, road rights-of-way, corners of irrigated fields, and well sites

These mid-size projects seem to have the best potential meaningful impact in the near term.

Solar does not generate power at night or when the modules are covered in snow, so, other electricity generation is still required. However, these fluctuations are more easily predicted than wind generation, for example. Solar PV is not a complete solution, but helps in the overall reduction of carbon emissions from power generation.

Work on this type of energy has stalled in Alberta but a group of Energy Cooperatives is working to make community generation a reality in Alberta. Bow Valley Coop, Solar Investment Cooperative of Edmonton, Peace Energy, Sabre and others.

There are nearly 7700 solar installations under the Alberta micro-generation regulation. [5]

Originally this program was set up by a government that was offering a program for purchase of the electricity via a Contract for Differences Program. To encourage other purchasers of electricity we need people to understand the full value of community generation energy.

Electrons are not just green; they hedge future prices. Because virtually all the costs are at the start, the price is completely predictable for the purchaser. These systems build community via the required Community Benefit Agreements (CBAs). The CBA can also help with economic multiplier effects via built-in hiring and procurement practices. Cooperatives, schools, non-profits and other community groups are recognized specifically by this Community Generation model, furthering this as a type of energy that promotes local ownership while embracing renewables.

Power company pays for solar power from individuals, but they only pay the same amount that the customer is charged at 6.6 cents/kwh. Bob Hawksworth feels a price of 10 – 16 cents would be needed to encourage significant up-take. [3]

A French-designed truss system holds PV panels in place, giving a weather-proof roof that does not require shingles or other roof materials. [7]

Residential housing developers could be encouraged to use this system in some of their show homes, creating visibility and “buzz”.

Could stabilize, and even remove, electricity costs for individuals.

Rare materials are needed to make PV panels, with potentially hazardous conditions in mines. The challenge of recycling the panels is growing. See the Green Energy Futures episode which profiles a successful panel recycling operation in Arizona, where the PV industry is more mature.

An alternate source of revenue for families or small businesses.

Utility customers need to understand their power bills. They need to have enough understanding of how the Alberta electricity system operates to calculate the economic benefit of installing solar PV.

There are new opportunities for roofing companies to offer not just roof shingles but can offer roof power generation solutions to their customers.

Recreation vehicles often use solar panels, and use low-voltage appliances.

Distributed generation of power, by its very nature, is well suited for use in isolated communities such as some First Nations. This can be explored in conjunction with the Solution Power Micro-Grids. In the high Arctic, some isolated communities are replacing diesel generators with photovoltaic panels, at least for the summer.

Changes will be required to accelerate the uptake of solar PV in Alberta. But the changes don’t have to be massive. Small tweaks could make all the difference, but these changes will be vigorously contested by the utilities in Alberta.

The Alberta Utilities Commission recently conducted an inquiry into the future of the Alberta distribution system in which renewable energy and distributed generation were the central focus. [9]

If someone could organize the 7700 electricity consumers who have installed solar PV systems into a political constituency for change, this conversion to solar PV could happen fairly quickly. By adjusting the pricing mechanism a bit to improve their rate of return on their current solar PV systems, the table would be set for very significant uptake by additional small electricity consumers installing solar PV on their properties.